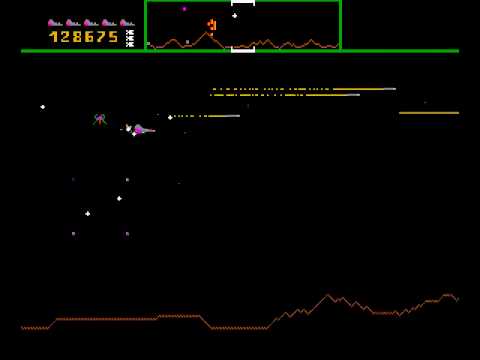 A flying horizontal shooting game where you must protect humans from alien abduction before the planet’s surface will explode. Along with pac-man, it’s nne of the highest grossing arcade games of all times.