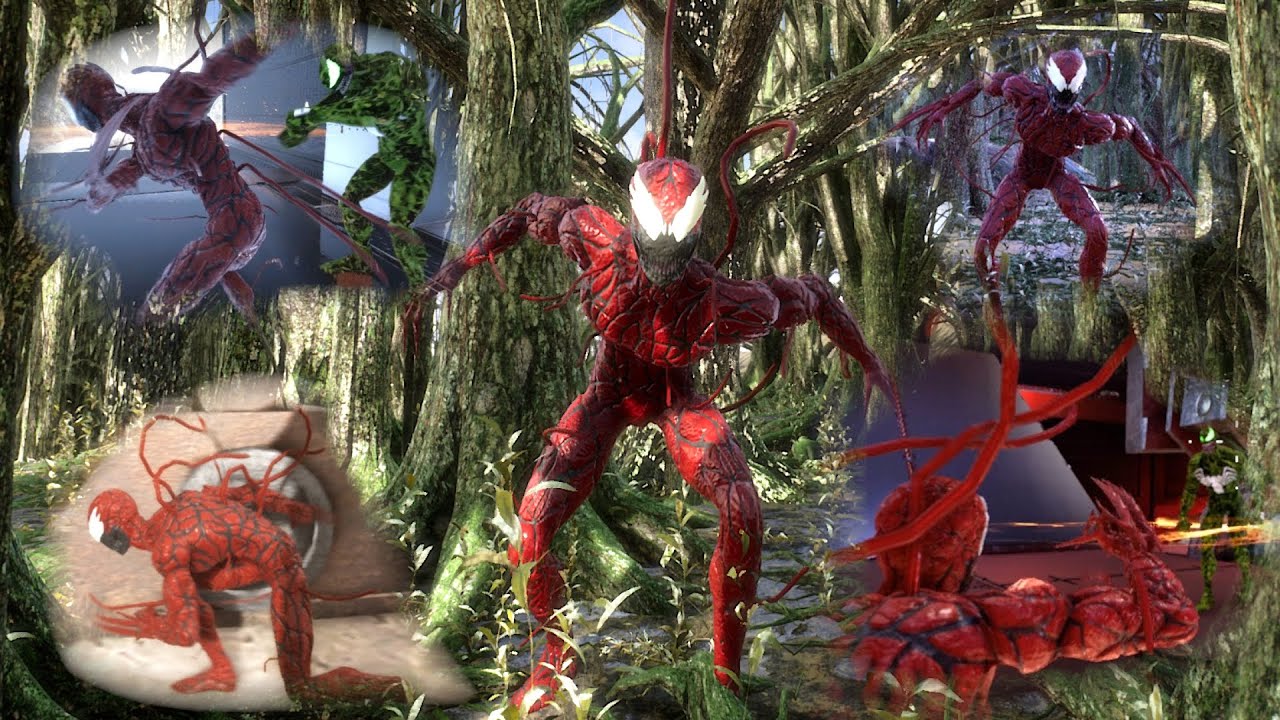 Here is all of Carnage’s game-play so far. Very soon a new level will be coming out with new mechanics.
Carnage has an assortment of mechanics at his disposable to take out the Venom Clones. Carnage thus far can equip two weapons; his spear and his claws. Carnage’s claws also unlock new combos, and every weapon will also have its own set of combos. Carnage is much faster than Venom, but also has less health. He can only recuperate it with stealth kills. A rage mechanic or devil trigger has also been introduced. When Carnage’s rage is full he is able to shoot out his tentacles and instantly kill the Venom clones. The rage is of course limited by time and runs out eventually. You can also see the “tentacle walking” mechanic I’ve introduced which allows Carnage to leap into the air in narrow passageways and take out enemies from above. Hope you enjoy the new gameplay.
This game is still in early development, and is being created entirely by one person; me.
It uses the Unreal Engine and a Playstation controller scheme.
Spider-Man, Venom and Carnage will all be playable characters. The Carnage and Venom models as well as all animations are by me.

Music is by Avery Alexander, check out his YouTube Channel here:

he composes stealth music and other genres.
Join the new discord here: