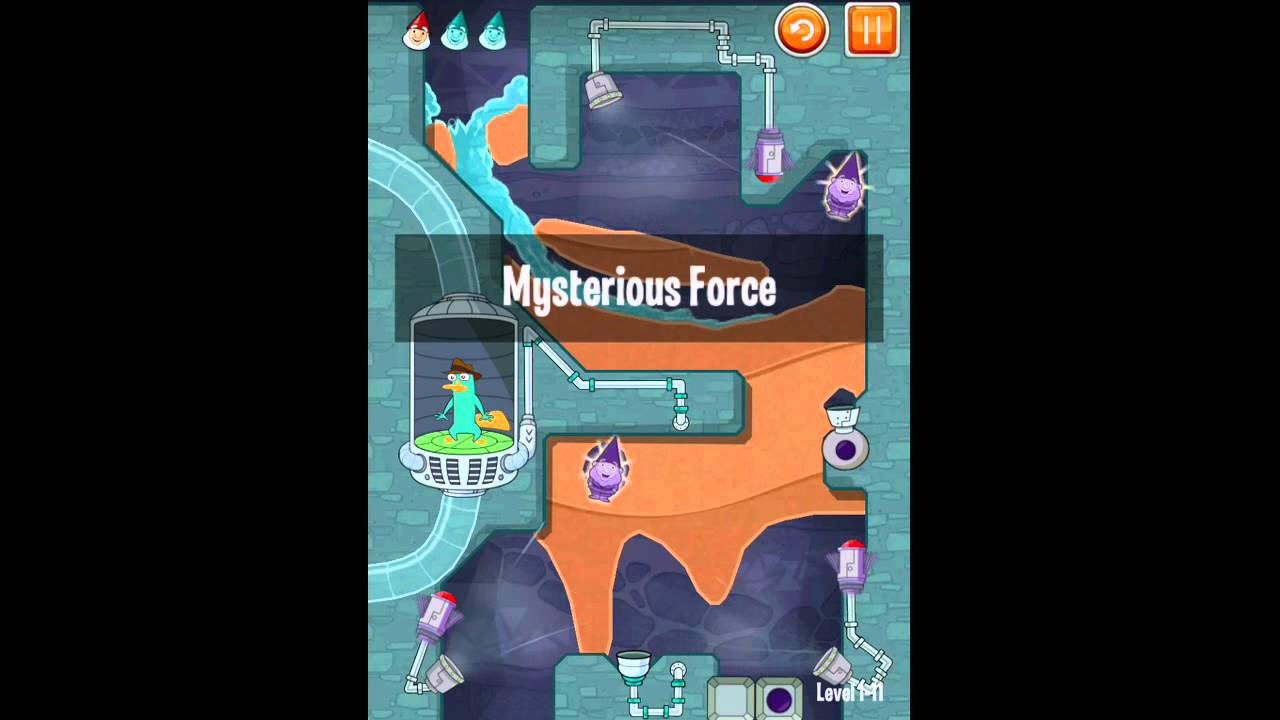 Where's My Perry? Walkthrough Mission 1: An Agent I Can Trust

Join Agent P in the next addicting physics-based puzzler from the creators of Where’s My Water?

Help Agent P get to headquarters for mission briefing by guiding water or steam to power his secret transportation tubes! Transform water in cool forms like ice, steam and solids to solve all sorts of mind-bending puzzles! Every drop counts when it’s SPY TIME!

• TOP SECRET CRAZY-INATORS – Take water physics to a whole new level with a host of powerful lasers and spy gear!

AGENT P’S STORY
Agent P is trapped in the tubes! Power-up the hydro-generators to help our fedora-wearing spy get back to the business of saving the world!

DOOFENSHMIRTZ EVIL INCORPORATED
Dr. Doofenshmirtz is creating an army of Evil Objects with his new Minion-inator. Lend an evil hand in 5 free levels, or officially join the ranks of Evil Incorporated in 60 levels!

CALLING ALL AGENTS
O.W.C.A. headquarters is under attack! Join Peter the Panda, Pinky the Chihuahua, and the rest of the Animal Agents in the fight against Dr. Doof!